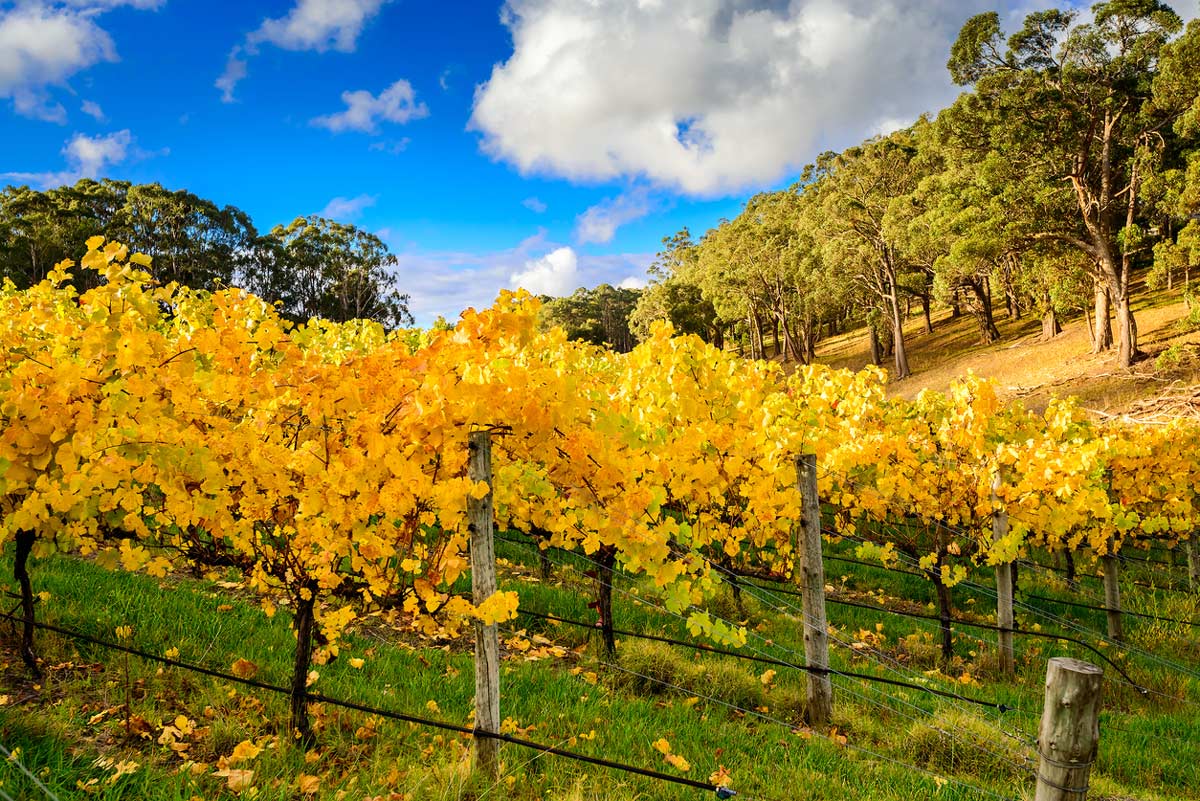 Adelaide is the capital city of the state of South Australia and the gateway to 18 distinctive, world renowned wine regions. Located between the white sand beaches to the west and the cool, rolling hills to the east, Adelaide boasts an eclectic small bar scene, restaurants that embrace Australia’s cultural diversity and the most vibrant food market precinct in the country. The city is also the gateway for a variety of exceptional landscape, wildlife and cultural travel locations including Eyre Peninsula, Fleurieu Peninsula, Kangaroo Island, the Flinders Ranges and Murray River.

CONTACT US ABOUT TRIPS TO THE ADELAIDE WINE REGIONS

A trip to the Adelaide region can be combined with travel to:

The Riverlands are worth visiting any time of year but temperatures fluctuate significantly by season.  February is the hottest month of the year but starts to cool cool down by March, which is when some of the Adelaide events tend to happen. Winter is a lot colder but warm sunny skies are a feature all year and the shoulder seasons are perfect too, especially if you want to catch the new shoots of spring or fewer crowds of autumn. 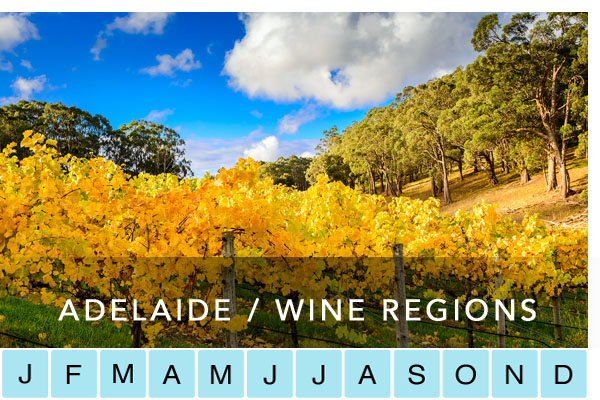 South Australian summers (Dec – Feb) can be hot, as they are influenced by northerly winds from the desert. Winters are influenced by Antarctic fronts and June – Aug can be particularly cool but winter is still a good time to visit, as it is quietest and the rugged southern coastline is of the Eyre Peninsula and Kangaroo Island are beautiful that time of year too.

The 18 wine regions South Australia are found in some of the most picturesque parts of the state, from the southern Flinders Ranges (where the great Australian outback begins) and the banks of the mighty Murray River to picturesque Kangaroo Island (KI to the locals), where you can combine wine tasting with spotting wildlife and walking among sea lions.

CONTACT US ABOUT TRIPS TO THE ADELAIDE WINE REGIONS