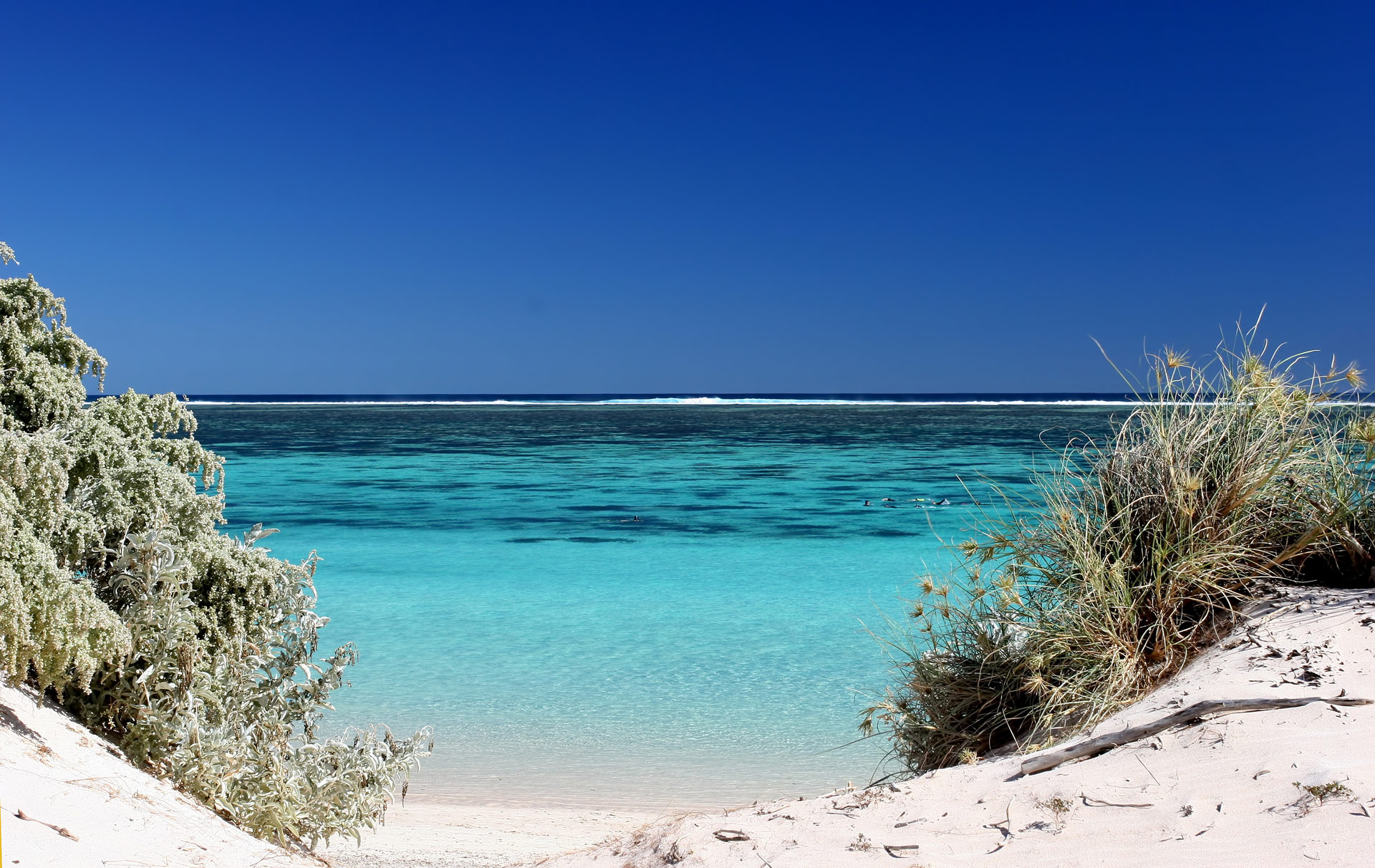 Experience the awe inspiring Australian west coast where the Indian Ocean collides with the cliffs of a rainbow-hued desert, then relax in the sheltered waters behind the exquisite coral reef of Ningaloo. Perched at the edge of a vast continent, Quobba Station’s cliffs are pounded by swells. As you gaze out towards the setting sun over the ocean understand that the first landfall is Madagascar. Explore rugged cliffs, watch a parade of leaping Humpback Whales and see Red Kangaroos grazing then drive to the town of Coral Bay a few hundred metres from Ningaloo Reef, where Manta Rays forage year-round. Sail and snorkel, beach comb and swim in this pristine and isolated reef. At the right time of year (April to July), complete your trip with a Whale Shark swim before flying out of Exmouth.

CONTACT US ABOUT TRIPS TO THE CORAL COAST AND NINGALOO

A trip to the Coral Coast and Ningaloo can include:

The best time to visit the Coral Coast is between March to October. This is due to the weather being dry, mild heat and the majority of seasonal experiences/tours happen between these months. Whale Sharks visit between between late March and mid-July and Humpback Whales from about June to November. The Ningaloo gets very busy around school holidays, particularly popular towns like Coral Bay, which have relatively few places to stay. 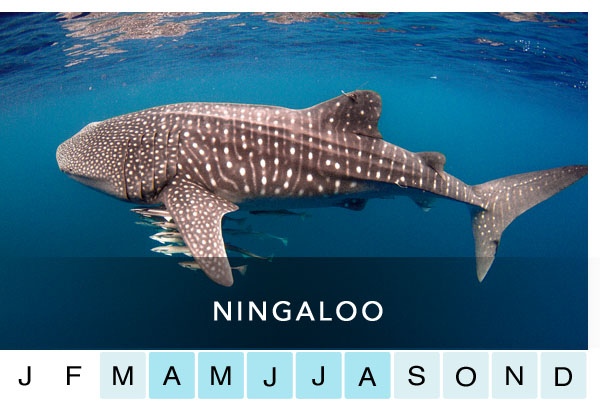 The region mostly has no wet season but can be occasionally influenced by cyclones in the first quarter of the year (though this is quite rare). What rain does fall, is little and tends to be around the middle of the year. The area records over 300 days of sunshine every year and summer temperatures range from the mid to high 30 degrees while winters are around 25 degrees.

Films about the people, nature and places

A playlist of videos from our National Landscapes Nature Series, featuring the people, wildlife and places of the Red Centre.

CONTACT US ABOUT TRIPS TO THE CORAL COAST AND NINGALOO