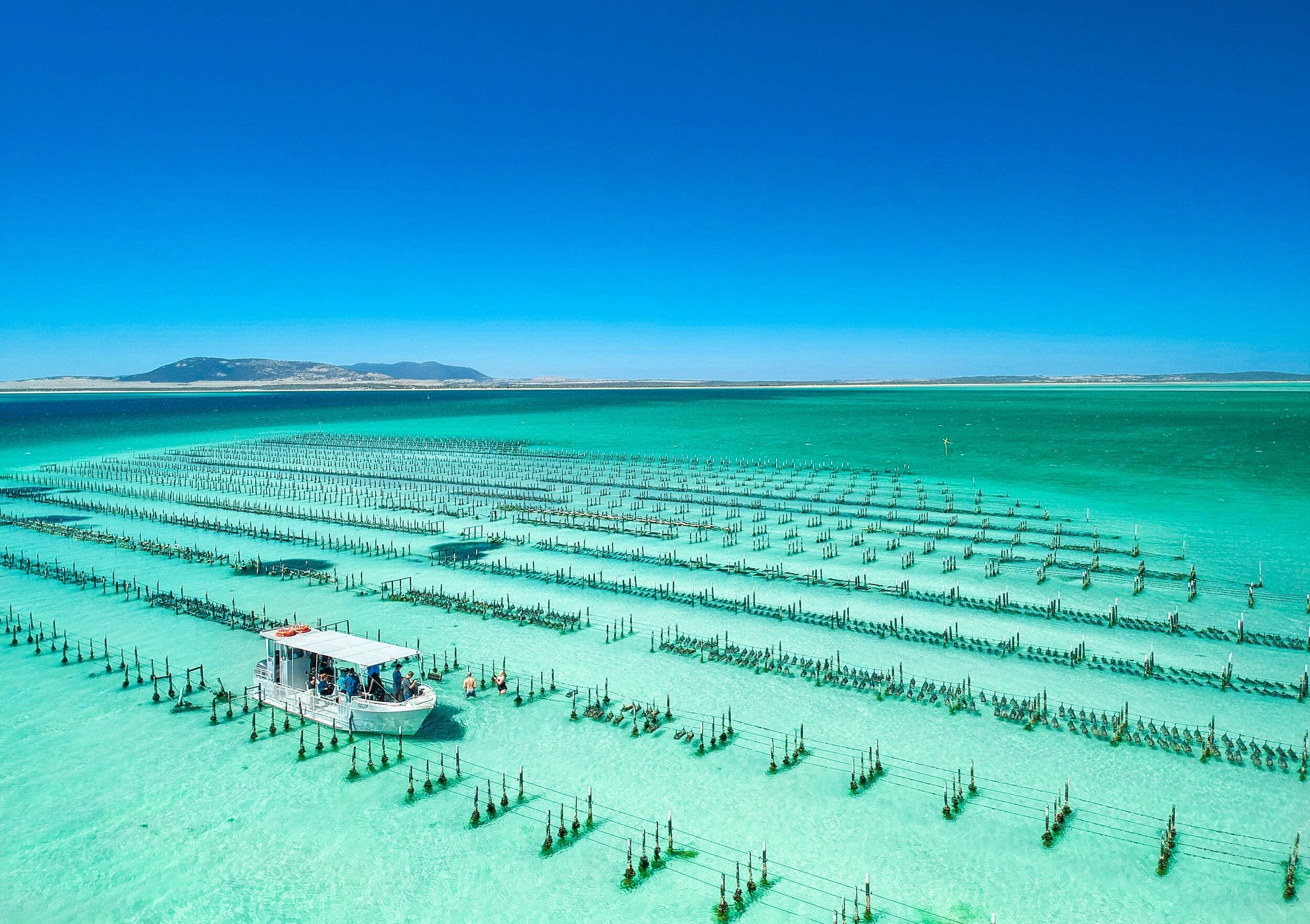 Eyre Peninsula is one of the most beautiful places in Australia. It's rich with culture, landscapes, food & wine and wildlife, yet it remains undiscovered by most people.

The Eyre Peninsula is Australia's major seafood hub. More than 65 per cent of the nation's seafood comes from these waters, including green-lipped abalone, scallops, prawns, oysters and tuna, which you can enjoy at the region's many seafood restaurants. It's also a place of extreme natural beauty, with a multitude of landscapes and outdoor adventure on offer.

A trip to the Great Ocean Road can be combined with travel to:

The Eyre Peninsula is a year-round destination. While warm weather may be popular, winter brings the most dramatic changes and is also when the Whyalla Giant Cuttlefish Festival happens (hundreds of thousands of these congregate to spawn along a short section of beach) and Southern Right Whales assemble en masse at Head of Bight. 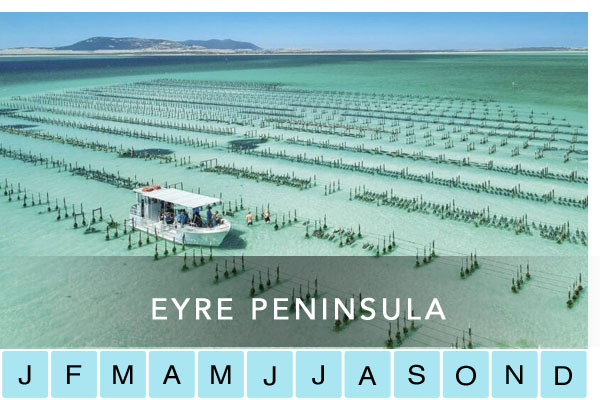 Southern Australian summers (Dec – Feb) can be hot, as they are influenced by northerly winds from the desert. Winters are influenced by Antarctic fronts and June – Aug can be particularly cool but autumn and early winter are still good times to visit, as they are quieter, there is less rainfall than in spring and the rugged coastline is beautiful that time of year.

Meet our travel specialists and learn about the diversity of things you could do in the Eyre Peninsula.

Films about the people, nature and places

A playlist of videos from our National Landscapes Nature Series, featuring the people, wildlife and places of the Eyre Peninsula.