When it comes to nature it seems, the more we learn, the less we know.

Goose-beaked, or Cuvier's Beaked Whales, are deep-diving record-holders and just broke their own species' record for the longest mammalian breath-hold, a staggering three hours and forty-two minutes!

Beaked whales are a group of cetaceans (the collective name for whales and dolphins) that make up about a quarter of all the world's species and they live exclusively in the deep ocean. You're as likely to encounter a beaked whale near the beach as you are to see an elephant there. They are supremely adapted to life in a world we can only imagine. Cuvier’s are one of the commonest and relatively abundant, though rarely seen by anyone and all but the most discerning observer, might mistake them for a big dolphin.

When it comes to studying animals, we tend to bestow our own characteristics and learning about ourselves, to decide what to investigate first. For years, we've been looking at the way they breath air when in fact, they extract oxygen without air. Breathing 'anaerobically' isn't as odd as it sounds. We do it. Marathon runners draw on myoglobin, which is the iron-rich compound in your muscles which colours them red. Myoglobin releases oxygen slowly and steadily, enabling you to run much further than you would if you were just using your blood.

The drawback is a build-up of lactic acid, which is what creates the searing pain you feel when you get cramp – the acid begins damaging your muscles. Beaked whales are tolerant of this build up and it seems, their diving isn’t limited as much by the air they breathe but the extent to which they can manage lactic acid.

All this time we’ve been assessing their limits by dividing the amount of time they spend underwater by what we presume is an amount of food or energy they can consume. This would be like putting a tracker on my shoes, monitoring my daily food intake and assuming that’s my limit. Any day now, I could decide to walk 20km or I may start training for a long run. It’ll be a rare occurrence and would throw the scientists a curve ball, just like this latest Cuvier’s Beaked Whale did when it decided to do a marathon dive.

Almost in every way imaginable, these whales are adapted to surviving without having to breath like we do. Even Blue Whales can fill their 1,500-litre lungs in 0.2 seconds. If we did this, they would rupture. On surfacing, whales can re-oxygenate a lot more efficiently and at depth, they can collapse their lungs completely with ribs that articulate backwards and concentrate their red blood around the essential organs like the brain and liver. This effectively puts them into sleep mode and drops their heartbeat to next to nothing, while they go about feeding. They survive on the oxygen that's already in their muscles. 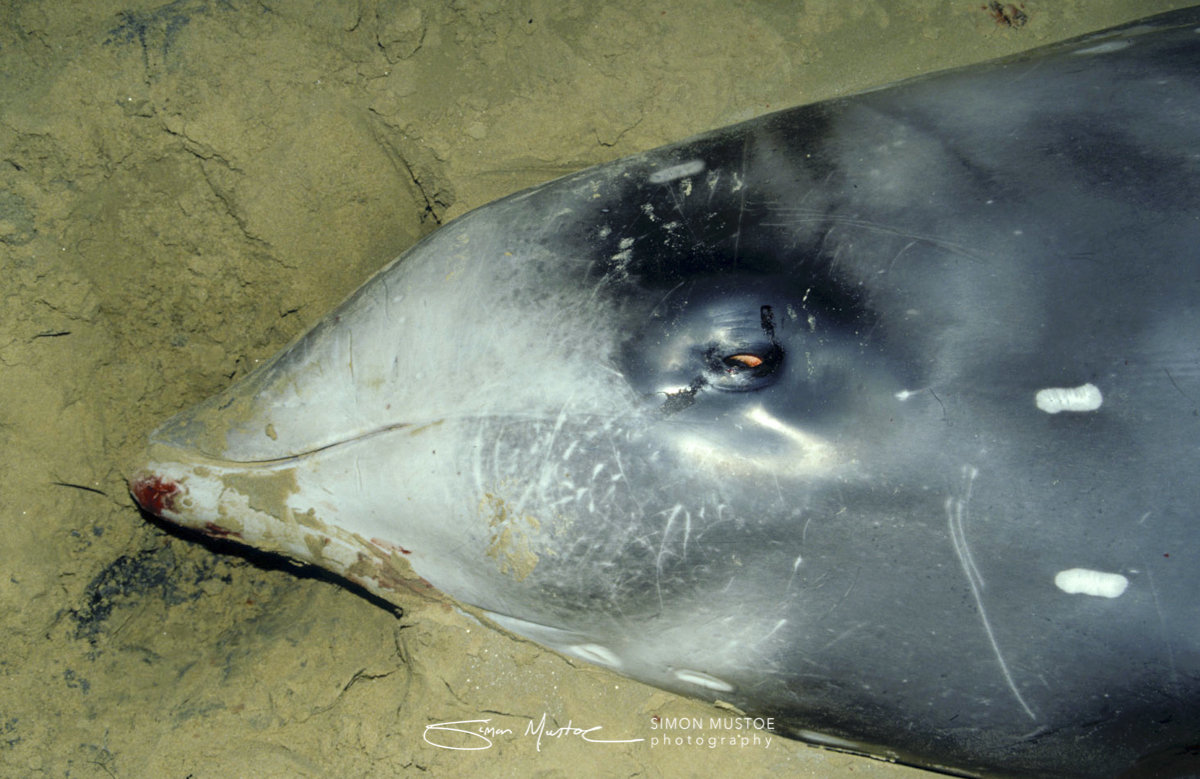 This Cuvier’s beaked whale washed up alive on Wilson’s Promontory. Its stomach was full of squid beaks, including some big enough to come from glass squid, which rival giant squid for size. You can see a circular marks on the jaw and scratches all over the face, almost certainly a rake-mark from the razor-sharp hooks that surround squid suckers. The large lesions are healed wounds from cookie-cutter sharks that make a living from biting live flesh.

Beaked whales are also stealth hunters and do everything they can to remain calm and use as little energy as possible. They use echolocation carefully, so as not to give their position away and it’s speculated that they may hunt deep, both to avoid predators and because the prey near the bottom, tend to be larger and more sluggish. But they are also consummate listeners, using incredibly sophisticated brain-imaging to build a vision of the world. Being able to hear pin-drop sounds in the deep and mostly silent ocean, would be an efficient way to find prey, without having to use noise, which would give you away.

To reach depths they swan-dive off the surface, tucking their tiny flippers away into side-pockets on their body and assuming the most streamlined shape possible. At speeds of only 1.5 m/s they achieve a depth of 2,800m in about 30 minutes–it’s about the same speed as you would walk but you’d be crushed. The pressures at that depth are like being stood on by 500 elephants. In the Mediterranean, scientists have found gouge-marks on the seabed at nearly 3,000m that seem to fit the width and dimensions of their heads, suggesting they might dig in the soft sediment. Depth profiles obtained using electronic tags off the east coast of the US show them frequently flatlining near the seabed where they might spend 15-20 minutes hunting. In areas where beaked whales are prone to Killer Whale predation, they do a silent ascent with a lower-pitch angle to disguise their position. All these techniques are designed to minimise stress.

The study of Cuvier’s Beaked Whales has given us a window into a way of living that is as surprising as it is wonderful but we know almost nothing about how they behave. How do they suck in spaghetti-like squid when they have no teeth and the food fights back? Seabed crustaceans are more energy-packed than squid. Does it serve them to focus on these animals from time to time, if they are abundant enough? How deep do they really go? Scientists in the Eastern Tropical Pacific have recently found marks on the seabed a bit like in the Mediterranean at depths over 4,000m. These are like footprints on the moon. It takes about three thousand years for a centimetre of sediment to settle, so any fresh foraging tracks could be from animals thousands of years ago.

What seems abundantly clear is we may not know the dive limit of these animals. It could be many hours more, why would it not be? You and I can walk a lot further if pushed to our limit. It's satisfying to know there are still mysteries in the world and to think, we live on a planet among herds of enigmatic creatures that live in a dimension as alien to you as living on the moon.